We are What We Measure

It’s been called one of the greatest inventions of the 20th century, a tool in the Allied arsenal during World War II, and a key to unlocking a puzzle that had stumped generations of thinkers. The gross domestic product distills a nation’s economy — and all its efforts, inventions and achievements — into a number that moves markets and can damage leaders’ popularity.

GDP’s centrality and importance to economic theory, and its gravitational pull on policy and politics, give it an almost mystical aura. Its calculation confers a similar aura: When staffers at the U.S. Bureau of Economic Analysis set about calculating the GDP, an entire team of statisticians and economists goes into “lockdown.” They cut off internet connections, draw curtains and even refrain from saying the number out loud for fear of hidden microphones, as they carefully distill more than 10,000 sources of information into that singular figure.

While GDP is still a useful analytical tool, it’s ill-suited to addressing this historical moment’s crises, including climate change, inequality, and poverty.

Its problem lies in its popularity, despite its limitations.

“It’s appealing to journalists as a shorthand to compare countries and incredibly appealing to politicians, who can say their job program or tax cut made a difference,” said Austin Clemens, a computational social scientist at the Washington Center for Equitable Growth, a nonprofit that works to lessen inequality. “We conflate GDP with human well-being. [But] when politicians set a GDP growth target, they’re not talking about employment or wage growth; they’re acknowledging that we should be most focused on growth.”

What is the true cost of economic growth?

The limits of GDP can be traced to its origins as a manufacturing-age tool to measure national output. Belarussian-American economist and future Nobel laureate Simon Kuznets conceived of GDP in the 1930s as a means of measuring the output of an economy during the Great Depression.

Kuznets’s discovery soon found another use: to guide manufacturing during World War II. By the post-war era, GDP had become a bedrock of economic analysis, measuring the rebound of nations ravaged by the war, and then a yardstick to gauge how politicians and leaders managed their economies.

To his credit, Kuznets immediately understood the limit of his concept. “The welfare of a nation can scarcely be inferred from a measurement of national income,” he said. “If the GDP is up, why is America down?”

Relying on GDP as a sole measure of success overlooks the unsettling, unpleasant side effects of economic growth. Journalist David Pilling wrote in his book The Growth Delusion that if GDP were a person, it would “be indifferent, blind even, to morality.”

“GDP likes pollution, particularly if you have to spend money clearing it up,” he wrote. “It likes crime because it is fond of large police forces and repairing broken windows … It likes to measure the buildup to conflict in guns, planes and warheads, then it likes to count all the effort in reconstructing shattered cities from the smoldering ruins.”

In the wake of Kuznets’s era-defining formula, there have been ripples of reform. Many thinkers, organizations, and even nations, in pursuit of better policy, have enlisted economists and others to create new ways to measure our economic efforts.

When even the corporate titans of the Business Roundtable seek to soften their image and place more value on consumers, employees, and the environment, it’s past time to create a truer measurement of our economy. 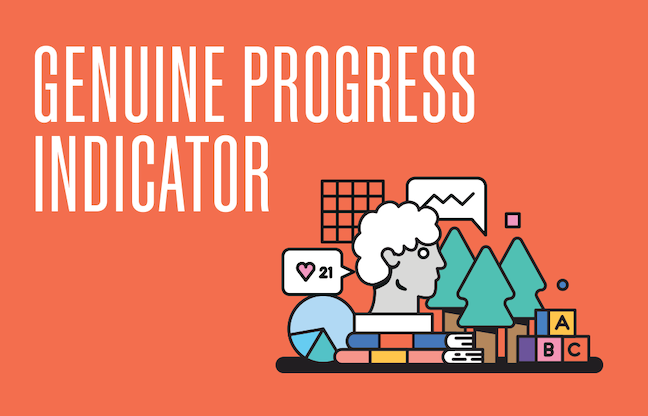 The Genuine Progress Indicator attempts to factor in the social gains and losses missing from GDP, and provide a standard for the tricky-to-define idea of well-being. There are many variations to the indicator, but the main formula — which grew out of the work of progressive economists such as New Zealand’s Marilyn Waring, a founder of feminist economics, Herman Daly and John Cobb — weighs 26 different economic, environmental, and social factors gauged to measure sustainable income. It includes a more holistic view of work, assigning value to household efforts (such as childcare or cleaning) that aren’t included in GDP.

If GDP measures the value of all goods and services produced, minus the financial cost of production, GPI is GDP minus the environmental and social costs.

The stark difference between the two metrics has become more clear in recent decades. GPI rose in tandem with GDP throughout the 1990s — as personal consumption grew around the globe — but has fallen compared to the more traditional metric in recent decades. In many Chinese provinces, for instance, growth would be half as high if measured by GPI, because of the increasing environmental toll of pure economic progress.

GPI has been calculated for various governments, including the governments of U.S. states such as Maryland and Vermont. It has become a frequently cited measurement of economic output, but it has yet to become a bedrock measurement of government success. 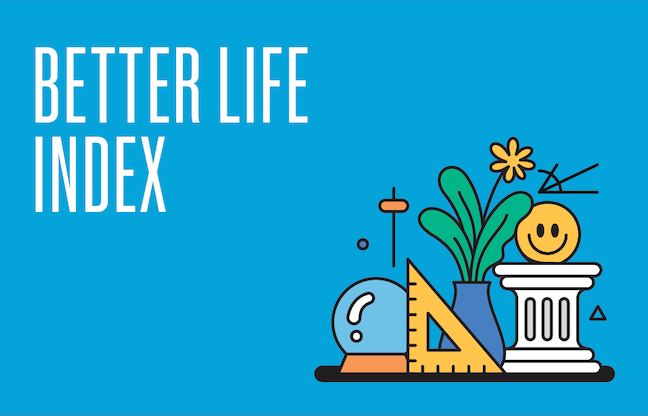 How do you define a good life?

In 2011, the Organization for Economic Cooperation and Development introduced the Better Life Index in part to answer that question.

The analytical framework takes into account 11 dimensions of well-being, including civic engagement, life satisfaction and community. It was inspired by the results of the Stiglitz-Sen-Fitoussi Commission, a seminal report commissioned by the French government in 2008, which concluded that better economic “balance sheets” were needed to quantify growth and sustainability.

Northern European countries such as Finland and Denmark traditionally rate high, while the United States falls in the middle of the pack. The BLI exemplifies a move toward factoring sustainability and social good into economic data. One of the authors, Joseph Stiglitz, hypothesized in The Guardian that, had indicators and analyses like it been in place before the 2008 downturn, policymakers may have gotten earlier warnings of the crisis — and seen the error in imposing austerity as a solution.

The OECD’s concept has succeeded in terms of messaging. Like GDP, it offers a quick-and-easy way to compare countries and has birthed numerous “best places to live” trend stories.

But the index has been criticized for being relative and not measuring fixed goals. Like other utopian metrics, it struggles to quantify concepts, such as work-life balance, that are both relative and vary in importance by individual.

There’s a reason the OECD’s online BLI tool allows users to tweak which of the 11 factors means the most to them. 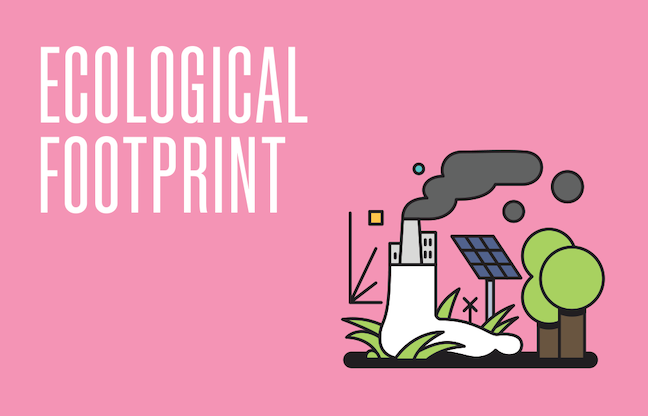 A sound measure of the success of various economic scorecards is their pop-culture cachet. On that front, the Ecological Footprint ranks near the top.

In hindsight, the concept seems simple: Measure how many resources a given population needs to maintain its current level of consumption.

But when Mathis Wackernagel and William Rees came up with this idea in the early 1990s, when Wackernagel was completing his doctorate research at the University of British Columbia, they likely didn’t realize how popular the idea would become.

This metric birthed the term “environmental footprint” and would later popularize the idea of Overshoot Day, the day every year we first begin using more resources than we have, having exhausted nature’s budget.

The Ecological Footprint can be a little one-note, though its singular focus lends itself to policies that arguably help improve society across multiple dimensions — perhaps even better than some of the wider-ranging reimaginings of economic analysis.

More than a dozen countries have incorporated Ecological Footprint into their own policymaking processes, and millions look up their own footprint each year, so it’s arguably having a significant impact on the wider economic debate. 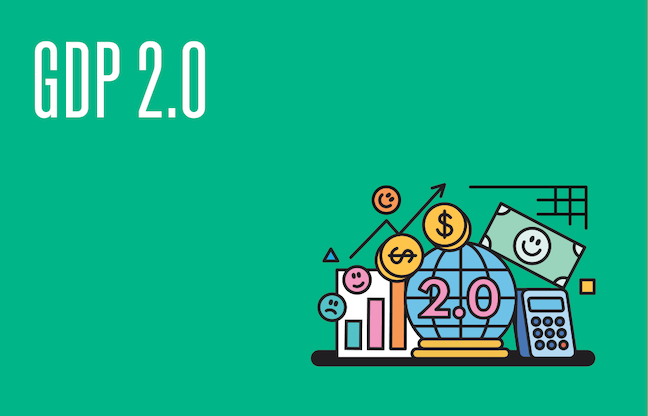 Many proposed GDP alternatives would mandate a wholesale change to economic measurement. But what if a simple tweak would make the GDP a more reflective, useful tool — without losing the built-in understanding and popularity of the original concept?

GDP 2.0, proposed by the Washington Center for Equitable Growth, breaks down GDP by income bracket, releasing growth for 10 different income levels. With this additional context, the impact of, say, a tax cut for the wealthy can be measured more precisely, seeing how the lowest-income Americans fare vis-à-vis their higher-income counterparts.

It fixes a glaring error in economic analysis and policy in a time of growing inequality, said Clemens: When GDP shows 5% growth overall, it obscures the fact that the lowest earners may be seeing gains of less than 1%.

The center hopes to begin offering regular, timely updates of the GDP 2.0 concept beginning in December 2020. Clemens compares the reform effort to “turning a barge,” and says once the new version is accepted, economists can incrementally add more factors about the environment and quality of life.

In an interview, Stiglitz once compared the orthodoxy around GDP to driving in a car with just one gauge to measure speed. Any driver would want a dashboard with more information. But perhaps the best way to shift is to slowly add an additional gauge, one at a time. 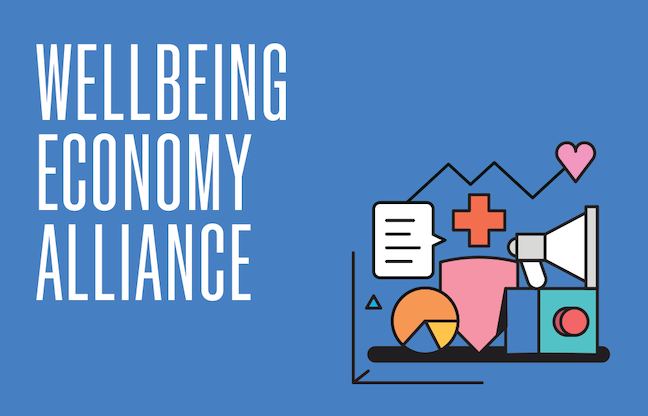 For progressive economists, the long-term goal of challenging — and ultimately changing — GDP is to better inform national economic and social policy.

Some countries, however, have decided to begin doing this on their own. Leaders in New Zealand, Iceland and Scotland — all led by popular and progressive female executives — have adopted the analytical framework of the Wellbeing Economy Alliance, which focuses on human and ecological well-being.

In practice, that means creating dashboards of different demographic measurements and aligning policy and laws to specific targets.

Since 2007, Scottish leaders have been using the National Performance Framework, which measures, among other things, the performance of the healthcare system and access to parks and greenspaces.

Economists with the Wellbeing Economy Alliance have cited the “Great Pause,” brought on by the global COVID-19 pandemic, as an ideal time for more countries to get on board and try similar policy overhauls.

The inevitable recession offers opportunities to rebuild better, which could mean more redistributive policies and basic social income — not just a rush to restart the free market. 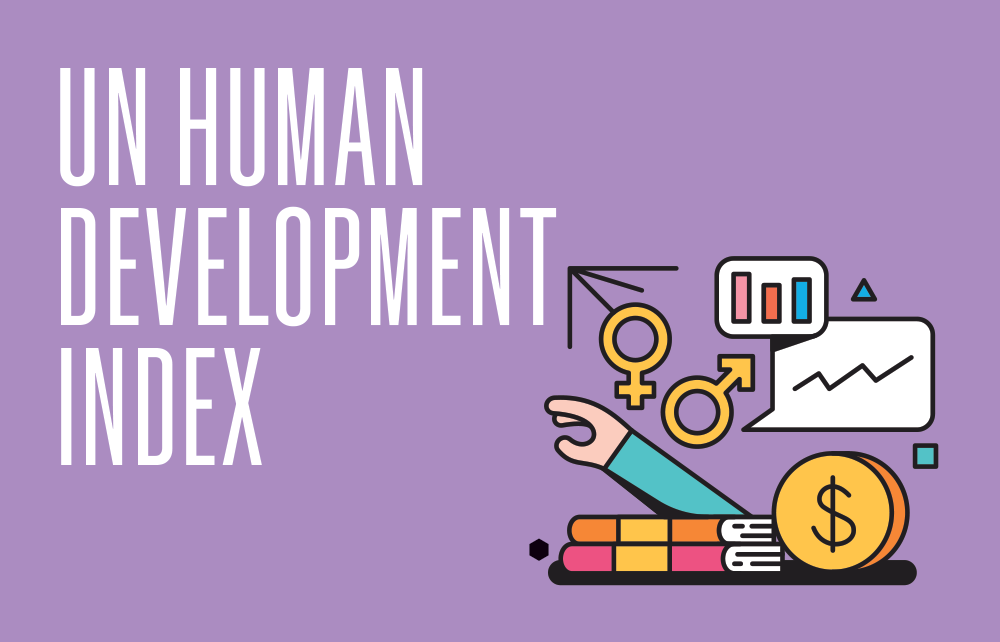 Another attempt at modifying the GDP, the Human Development Index adds gender equity, education (adult literacy and school enrollment), and health (life expectancy) to the equation.

The bedrock principle is measuring growth in human, not market, terms, and quantifying the nebulous and often personal idea of well-being with more concrete statistics.

First introduced in 1990, the index has been criticized as crude and arbitrary, but that was the point: The formula came out of conversations between Pakistani economist Mahbub ul Haq and Indian economist and Nobel laureate Amartya Sen, who saw growth-only philosophies as detrimental to the future of the countries.

Haq told Sen to devise “an index as vulgar as GDP but more relevant to our own lives.” It’s since become a key metric by which development organizations measure their work’s effectiveness.

As Clemens notes, while the exact formula for economic success will always be debatable and likely unfathomable, improving what we measure arguably improves our morality as a society. The imperfect shouldn’t be an enemy of the improved, especially when it comes to our evolving definition of a just society.

“If your opinion is to protect GDP no matter what, then you might decide to put a lot of people back to work who shouldn’t be there, which is clearly a welfare reducing move,” he said. “At the end of the day, the economy is human beings interacting. What’s the best way to measure, and ultimately improve, that?”