Andrew Kassoy is a reformed Wall Street insider who leveraged his experience to co-found B Lab, a nonprofit that takes as its premise that the existing economic system isn’t working. B Lab’s mission is to encourage business as a force for good through structural changes at the governance level, combined with advocacy and activism. 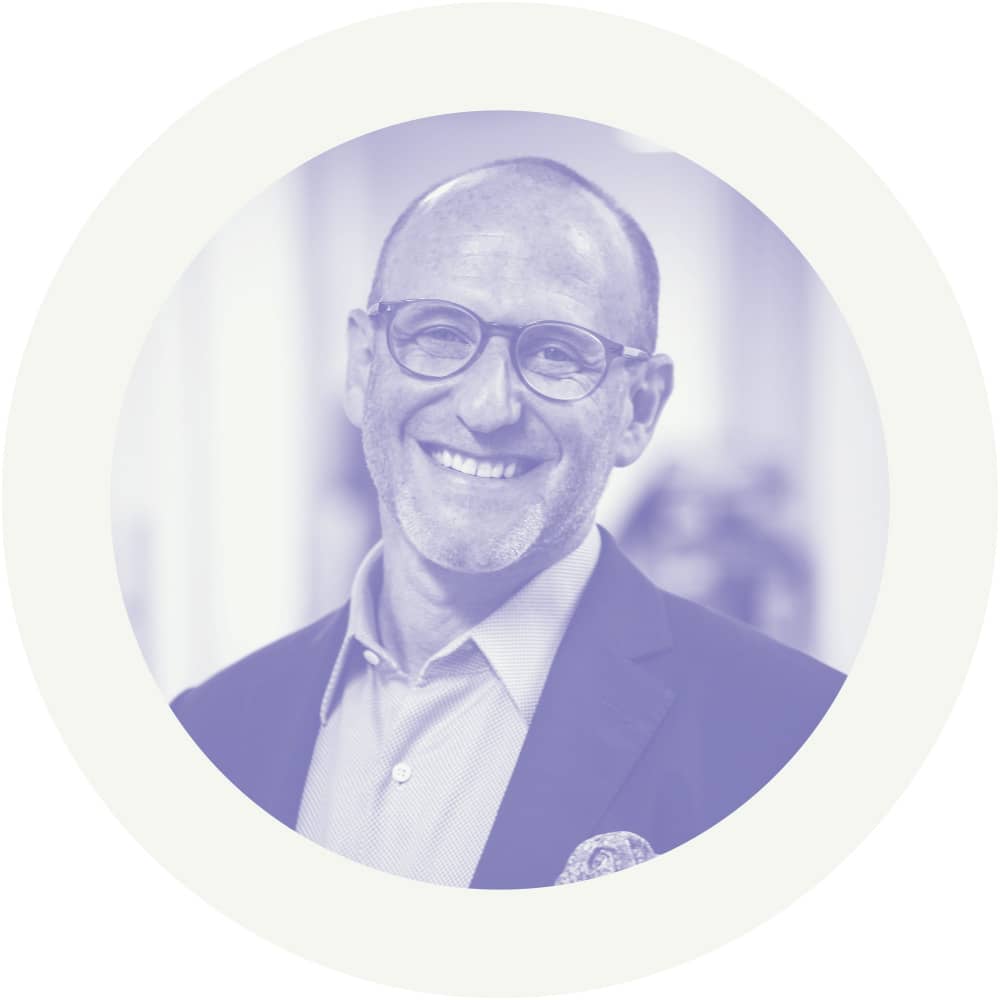 What led you to co-found B Lab?

I actually grew up and went to school assuming that I would be engaged in public service as a career, which to me meant public policy. And then, a policy maker who I worked for in Colorado told me that after college I really needed to go off and get a job in the private sector before coming to Washington because I should understand the issues in our economic system as a practitioner.

And so I went and got a post-college kind of job, like a Wall Street analyst, and I ended up learning the job and being good at it in a “baptism by fire” kind of way. I stuck with it and rose through the ranks in the private-equity business.

Then, around the time of 9/11, I reexamined the path I was on and realized that my work was less and less about actually investing in things and more about squeezing as much out of something as you could, as quickly as possible.

That’s the nature of the financialized economy — it’s become totally soulless. And so I started wondering whether there was a better way to invest.

Coincidentally, around 2003, I ended up on the board of Echoing Green, which at the time was primarily funding nonprofits. And it was that experience of working with a number of social entrepreneurs, trying to help them raise capital for for-profit businesses, where I realized the market infrastructure, the rules of the game, and the culture of business are not set up for businesses that want to put purpose and profit on a level playing field.

That led me to say, “Oh, this is the thing that I should go do instead of what I’m doing now.”

Has the pandemic led us to reevaluate our economy and how we measure success?

Interestingly, this year is the 50th anniversary of Milton Friedman’s essay in which he said the social responsibility of businesses is to increase profits for shareholders. That cultural notion has since been interpreted into Delaware General Corporation Law; it’s been written into what’s taught at Harvard Business School.

That financialization did not come without intention. It was intended. And so I think the opportunity is to reverse all that. Business has been set up to be as efficient as possible in order to make as much money for shareholders as possible. And that’s the opposite of making business as resilient as possible.

Think about workers or communities’ resilience, which are all affected by businesses treating everything as a marginal opportunity for a dollar. The capital markets help drive that because intermediaries ensure that investors think about nothing other than maximizing profit on individual companies, which is often not in the long-term best interest of their portfolios or ultimate beneficiaries, like retirees who are invested in their 401K. The point is that it all needs to be restructured, and this crisis has helped to make that more clear.

On the other hand, I think this crisis is nothing in comparison to what climate change will do to the structure of the economy over a much longer period of time. So this is, in some ways, a dress rehearsal.

Why should companies establish themselves as public-benefit corporations and include public good as part of their company charters alongside maximizing shareholder profits?

I don’t believe that we can fundamentally change the system without companies being accountable to create that kind of value for their stakeholders. Otherwise, they do it only when it’s convenient, or only so long as their shareholders let them, only as long as there’s one heroic CEO at the helm.

There are other ways companies can do that, but in many ways, a benefit corp is the first step, not the last one.

There is a growing skepticism about the government and anticapitalist sentiment among Americans, especially young Americans. Why do you think that is?

A lot of young people don’t believe in capitalism. They feel like they don’t have the same kinds of opportunities, that companies don’t look at them as anything other than a resource to be exploited. They rightfully question the authenticity of a model that has been built to look at them that way.

I think the only way to counter that, other than a totally different system, is to reimagine capitalism.