A Q&A with Michael Tubbs, mayor of Stockton

Michael Tubbs was elected mayor of Stockton, California in 2016. He is the first African-American to hold the post as well as the youngest (he was 26 at the time). He is an advocate for universal basic income and has implemented a pilot program in his city. 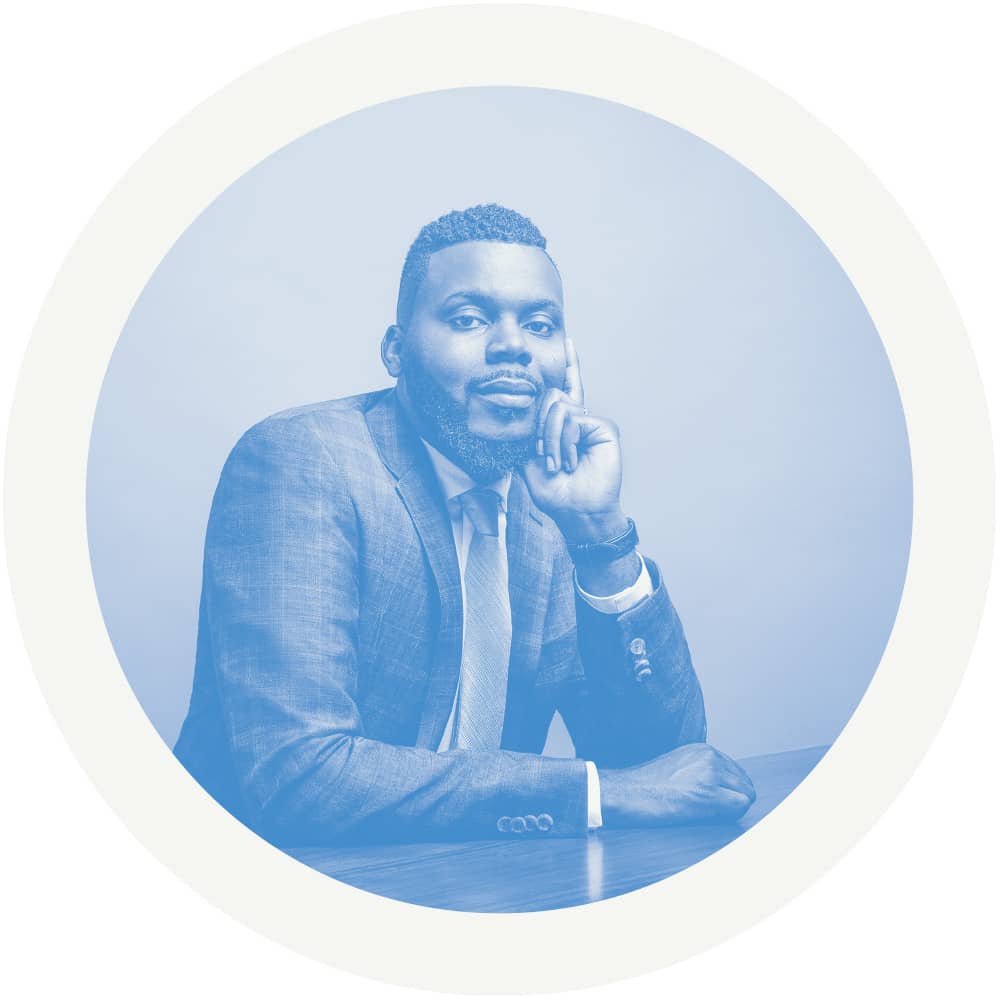 How did you decide to apply your energy and resources to helping Stockton?

I view my role in Stockton as a calling, and I feel I’m supposed to be doing this work. My mother had me when she was a teenager. My father is still incarcerated. I grew up in poverty, in a lot of neighborhoods I’m working diligently to improve. So I think it’s those lived experiences with policy failures that gave me a real passion for wanting to be involved in governance.

When I was a junior at Stanford I was interning in the White House, and of all the jobs in the White House, the job I had was with mayors and city councils. I think I ranked it second to last, right above the White House Office of [Presidential] Correspondence. But what I saw is that on the local level, mayors were doing just incredible things in moving policy a lot faster than the president could at that time. I thought it would be cool one day to support and donate to good candidates in Stockton because my family still lived there.

Long story short, while interning, one of my cousins was a victim of a homicide in Stockton. It was really that pain, that anger, that caused me to think about what lesson, if anything, could I learn from this, and how could this tragedy be used for something more than just for me to be upset? I spent a lot of time soul searching and thinking, and realized I was actually really passionate about trying to improve the city of Stockton—albeit a little bit nervous about if I was the right person to do it, particularly because of how young I was.

What role does your age play in your success or failures?

Well, it started when I was on city council, when I was even younger — I was 22 years old, fresh out of college. At the time, the city had declared bankruptcy and had more murders per capita than Chicago. Tough, tough, tough, tough, tough, first job. Early on, people viewed me as a novelty. “Is this real? What actually could he do?” I think one local reporter wrote, “Is Stockton where one young man’s idealistic dreams go to die?” I realized that my age was an asset: It gave me the license to ask questions. It gave me the license to move faster. It made me safe. No one was competitive with me at first; no one was threatened by me at first; and I didn’t have the baggage that comes with years and years and years of working in the community.

As mayor of Stockton you effect change at the local level through government and policy. Have you considered other avenues — like the private sector — to achieve your goals? How do you view the balance between politics and policy versus business and technology in terms of pushing the world forward?

I’m obsessed with governance because policy sets the rules for everybody: You set the guardrails, and you help make tough decisions about how we marshal our resources and what’s a priority and what’s not.

Far too often, positions like mine have been used to exclude and marginalize a lot of people, which we see as part of this protest movement, and I know there’s some power in me being who I am sitting in this seat, and that’s valuable. So I’m wedded to governing as long as I can make an impact, as long as the people would have me.

I spend a lot of my time talking with foundations or businesses, so I could definitely see myself joining a mission-aligned business that helps employ people, bring amenities needed to underserved neighborhoods, or spur investment and real economic growth in underserved areas.

Government can’t do everything. I also tell my colleagues that’s not an excuse for government to do nothing — or to do things only for those with power. But I know government’s not the answer for every issue.

There seems to be a growing skepticism about the government and a growing anticapitalist sentiment among Americans. Why do you think that is?

You see with massive inequality — how even in the COVID-19 pandemic where people are not allowed to work — those who have less have even that taken from them. We have the stock market and billionaires doing even better than they were doing before. The fastest rising things since the Gilded Age, right?

Those two realities each create a sense of nihilism and pessimism. These things are all broken beyond repair. My position is that these things are broken, but they can be fixed and morphed into something — and we don’t have to start from zero. Like my grandma always says, eat the fish and leave the bones. So we’ll take what we can and leave what we can and not discard the whole thing.

You say that the idea of poverty is antiquated and have introduced a pilot project in your city for a form of universal basic income. How did you come to it, and how were you able to implement it?

I first heard the idea of basic income in studying Dr. [Martin Luther] King and his book, Where Do We Go from Here: Chaos or Community? It’s interesting, the context of his book: It was written in the midst of the … uprisings of the late ’60s. It was a time of strife in our country. And in that context, he talks about how a guaranteed income is necessary in a country that has so much wealth, just to make sure folks don’t have the bottom fall out from underneath them.

I remember reading that and as a college student saying, “Oh my gosh, I hear about Dr. King every year; I’ve never heard about this part of his legacy.” And also being very interested in maybe one day being part of that policy decision.

Ten years later I become mayor, and I’m just like the root of our issues in this city are poverty. I had my staff research the most radical policy interventions for poverty, and they came up with a basic income. It was my first year as mayor; I didn’t want it to be my last, so I said, “OK, maybe we’ll work on this in term two.” But I just don’t see how we pay for it, how we even test it. I don’t know. I’m not sold on the idea. We don’t have a lot of revenue in the city. You have to be very smart about it.

Then a week later, I ended up at a conference with Natalie Foster of the Economic Security Project, and we met and she talked about how they were looking for a city to pilot basic income. And I said, “Oh, well, we’ve been researching, we have a task force ready and established on this topic.” We spent eight months innovating with each other and figuring out if it’s a good fit, and we ended up doing it.

What have you learned so far?

It’s been going well for the majority of folks. For granular data, you can go to stocktondemonstration.org; there is a dashboard that shows how people are spending money every month, but — spoiler alert — they spend money how we spend money.

The stories I’ve heard from people in my community who are working hard, who are valued members, who are contributing, but still… Something as small as $500 has been enough to make their lives better, to allow them to sleep at night, to breathe, to not be homeless, to find employment. It’s super inspiring, but it’s also challenging. So I’m like, “Well, what are we doing for the 315,000 people in my city?”

Any surprising or unexpected results from it — good or bad, big or small?

It was unexpected that everyone has a different need for money depending on the time of the month. Meaning there’s no government official, no bureaucrat, no elected smart enough to design a policy that will answer for people how to spend money. For example, at first I was like, “Well, if housing is the issue, why not give everybody a $500 housing voucher?”

They said, “Actually, some people already have housing vouchers.” Or actually, housing may be taken care of this month because they’re living together with someone, but the issue is car payments this month. People’s needs are always changing, particularly in an economy where wages haven’t kept up with inflation.

It’s also been interesting to learn how much work women do in our society — childbearing, caregiving, etc. — that’s not compensated. Our definition of work is limiting because we leave out domestic labor. We leave out people with disabilities who may be unable to work. We leave out people who are students or artists or professional volunteers and contributing in that way.

And then also that dignity is attached to personhood before it’s attached to production. Meaning that it’s not dignity of work; it’s the dignity of people, so that when they go to work, that job treats them with the dignity of things like union protections, or a 40-hour week, or paid family leave, or, hell, sick days.

How should people who are motivated to have an impact engage with politics, business, and their own interest in progress?

Everyone has to answer that question for themselves, but there are all types of ways to make an impact, no matter what you do, from street sweeper to coder to artist to influencer. If it’s rooted in creating a more just world and making sure in every decision, big or small, you’re moving in that direction, that’s … how we bend the moral arc of the universe…that’s how you make a difference.

But everyone should be engaged in politics, even if you’re not a politician. You should be well versed on the issues and support people who are aligned with your values. You should definitely vote in elections.